YO! merges with large US sushi operator 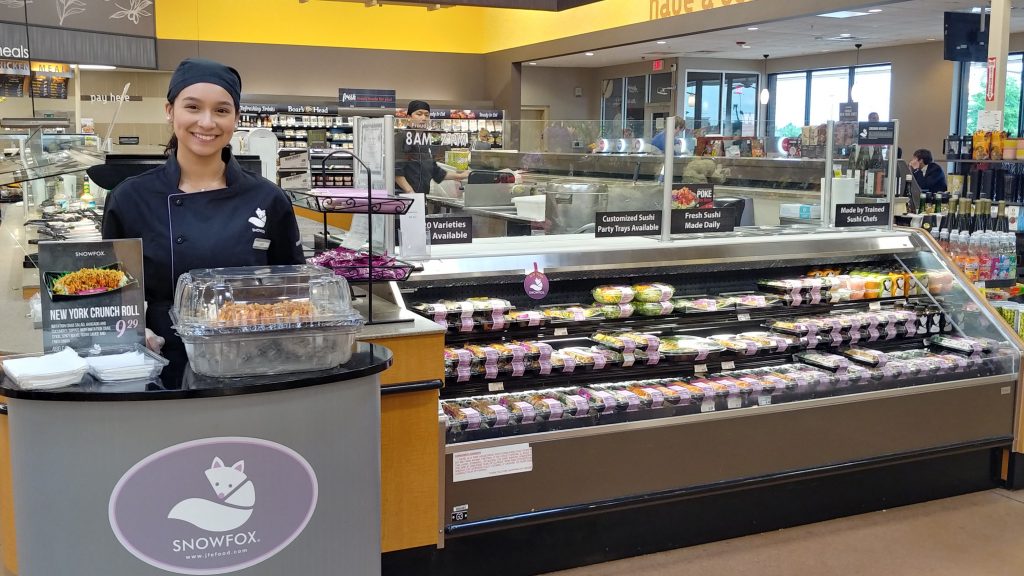 How is this company pairing with Kroger to introduce 56 in-store restaurants in the retailer's backyard?

July. 2, 2019 (SEAFOOD SOURCE) — London, United Kingdom-based YO! is merging with SnowFox, one of the largest operators and franchise owners of sushi kiosks in the United States.

The merger, which creates one of the largest Japanese food companies outside of Japan, according to YO!, aimes to capitalize on the USD 1 billion (EUR 885 million) sushi market.

The financial details of the merger, facilitated by Mayfair Equity Partners, were not disclosed.

Following this merger, the expanded group, made up of SnowFox, YO!, Bento Sushi, and Taiko Foods, will consist of four fast-growing businesses with USD 425 million (EUR 376 million) of sales, including franchisees’ sales, YO! said in a press release. Nearly two-thirds of the sales originate in North America.

With the merger, the expanded group will have partnerships will many leading retailers across North America and the U.K. including Kroger, Loblaws, Walmart, Sobeys, Waitrose, Sam’s Club, and Tesco, as well as operating 1,400 kiosks, seven central kitchens and 89 restaurants.

“We are delighted to be partnering with SnowFox given its high brand penetration, recognized product and service quality, as well as excellent industry relationships,” YO! CEO Richard Hodgson said in the statement.

Building on the successful integration of Bento Sushi starting in 2017, YO! will look to replicate this approach with SnowFox as it continues to execute its diversification strategy, Hodgson added.

“By expanding its geographical presence and offering, the expanded group will meet the untapped demand of consumers around the world,” he said.

The U.S. grocery sushi market has more than USD 1 billion (EUR 885 million) in annual sales and is growing around 13 percent year-on-year, with Japanese cuisine seen as one of the fastest-growing food types across the globe, according to YO!.

SnowFox Chairman Jim Kim will join the board of the combined group, as well as remaining a significant shareholder. SnowFox President Stacy Kwon and Bento Sushi CEO Glenn Brown will become co-presidents of the group’s North American operations, responsible for driving growth and executing the group’s strategy. They will both report to CEO Richard Hodgson.

For all media requests, please email your detailed inquiry and deadline for response to the following: